Many of us have seen “Born Free”, the dramatic and emotional story of Elsa the lioness and her caretaker, Joy Adamson. As much as the story may have moved us it probably didn’t change our lives as dramatically as it did for young Joseph Mbote.

As a boy growing up in Mombasa, Kenya, Joseph’s family didn’t have the means to visit his country’s national parks with their outstanding wildlife. Seeing the emotional story of the orphaned lioness on TV was his first exposure to the world of animals and a turning point in his young life. 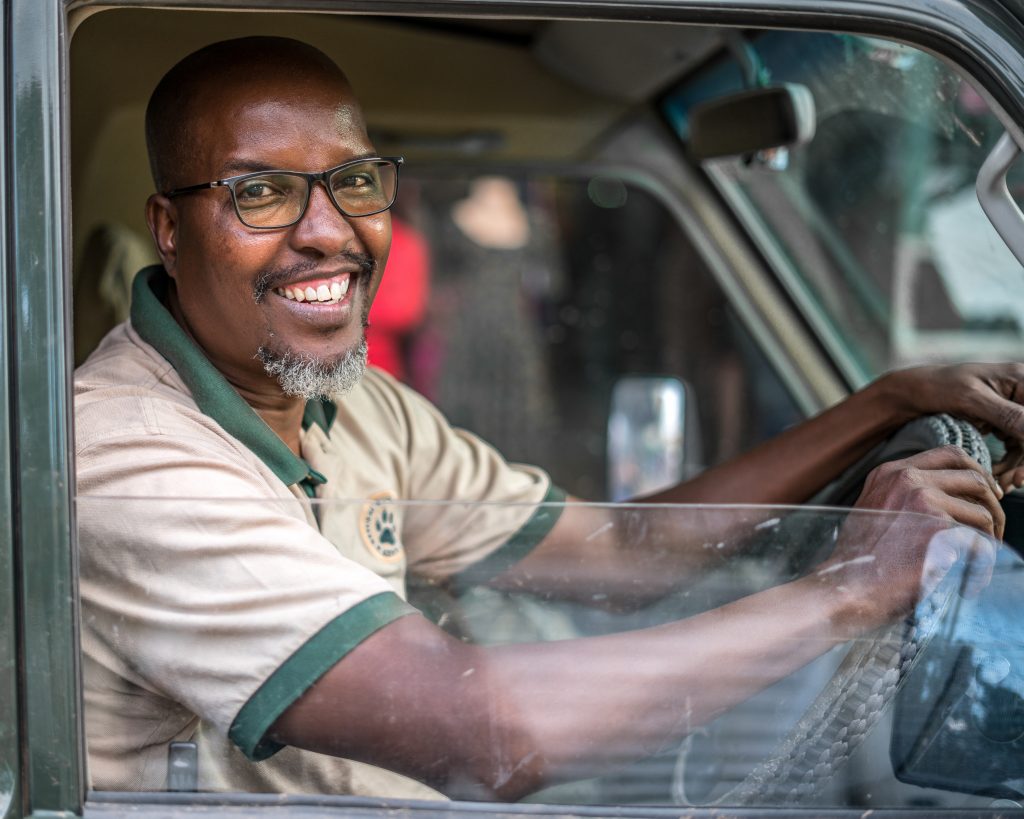 “I used to watch that as a very young man. It inspired me a lot to who I am today.”

Indeed, the heartfelt tale was the spark that kindled Joseph’s desire to become an African Safari guide. Later, in high school, he was able to visit national parks in a program that provided access for Kenya’s school children.

“First time I saw a lion I was scared because it was so close. You see them on TV and can’t imagine they are that big.”

But those experiences only solidified Joseph’s calling. Several years of college followed where he studied in the classroom and in the field to become a guide. Following graduation, he apprenticed with a touring company and passed the exams for the Kenya Professional Safari Guides Association – the country’s professional organization for safari guides.

A year of training as a junior guide came next and Joseph was ready to begin his long and fulfilling career as a safari guide. That was back in 1993 and the work has only become more rewarding, “Tourism changes. It’s evolving. The information that you got years ago is not the same as it is today.” 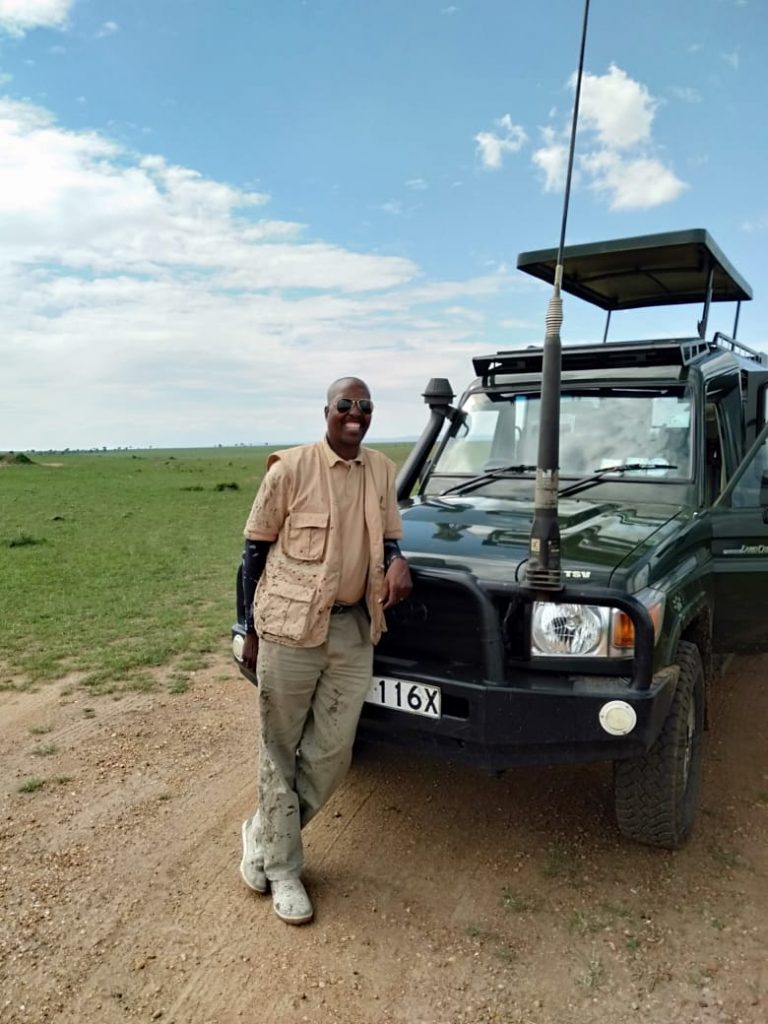 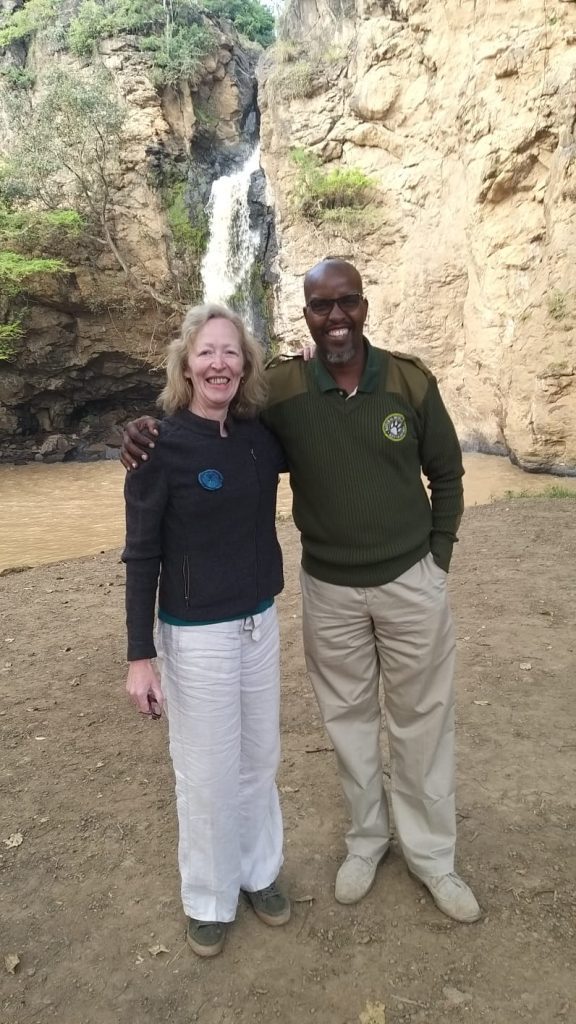 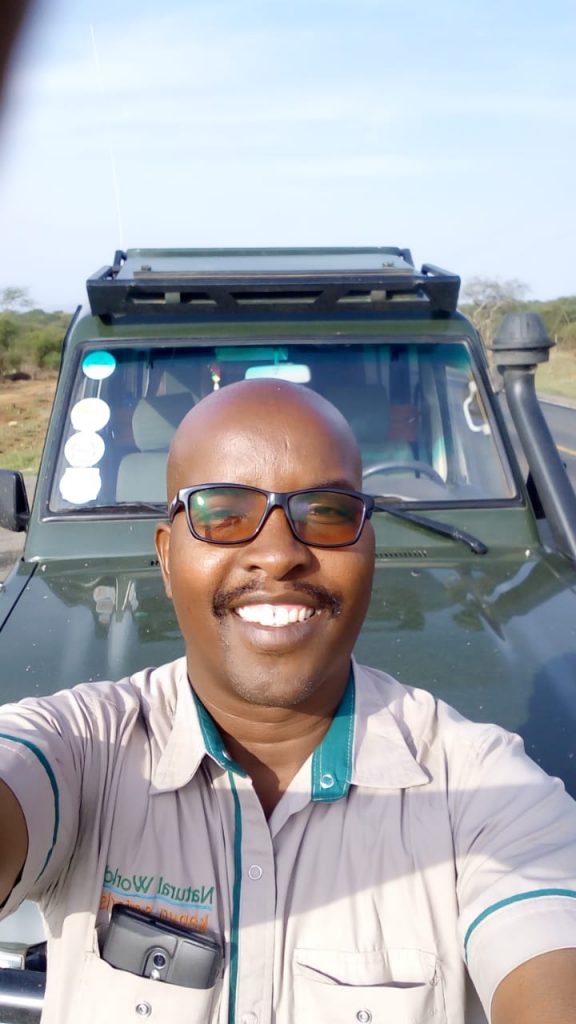 Joseph says there is no typical safari day for him. So many factors influence  the journey – the time of year, the particular national park, the length of the safari, and the wishes of his guests.

On some safaris, he’ll be up early, taking his guests out for a morning drive around 6:00 a.m. “A lot of people feel that when you leave very early in the morning it’s the time when the animals are the most active. Which is partly true.”

However, on longer safaris and especially when in the Masai Mara Reserve, Joseph likes to grab box lunches for everyone and head out with his guest for a full day of safari action.

“I love Masai Mara – I call it a lion documentary. When I am in the Mara, I always insist on a full day game drive – there is so much to see there. There’s so much wildlife.”

Joseph stays in touch with the other guides in the park so they can communicate any animal sightings. “We have 62 prides of lions, over 500 of them. I can say there’s an assurance you will see the cats.”

When Joseph first saw the movie, “The Lion King” he was amazed that scenes depicted in the film seemed to have been taken right from the Mara landscapes he frequents as a guide. One of the prides of this area is called the black rock pride.

Even some of the individual animals have been given names, “They have a lion they have named, Scar. In other areas, they don’t give names to these animals. But in the Mara, they give names to these specific animals. Why? Because the locals are also involved as guides.”

This emphasis on individual animals even focuses on the millions of wildlife that migrate yearly into the Masai Mara.

“We are expecting a zebra that crossed from the Serengeti last year, a spotted zebra. We are hoping to see it again. But no one has seen it yet. A zebra that was born instead of stripes it had spots.”

Incredible as it seems, Joseph and his fellow guides will be looking for this rare spotted zebra on its return to the park, amidst the uncountable hordes of streaming wildlife. And they’ll probably spot it.

“We just love these animals. We just want to be here.”

Everything For The Guests 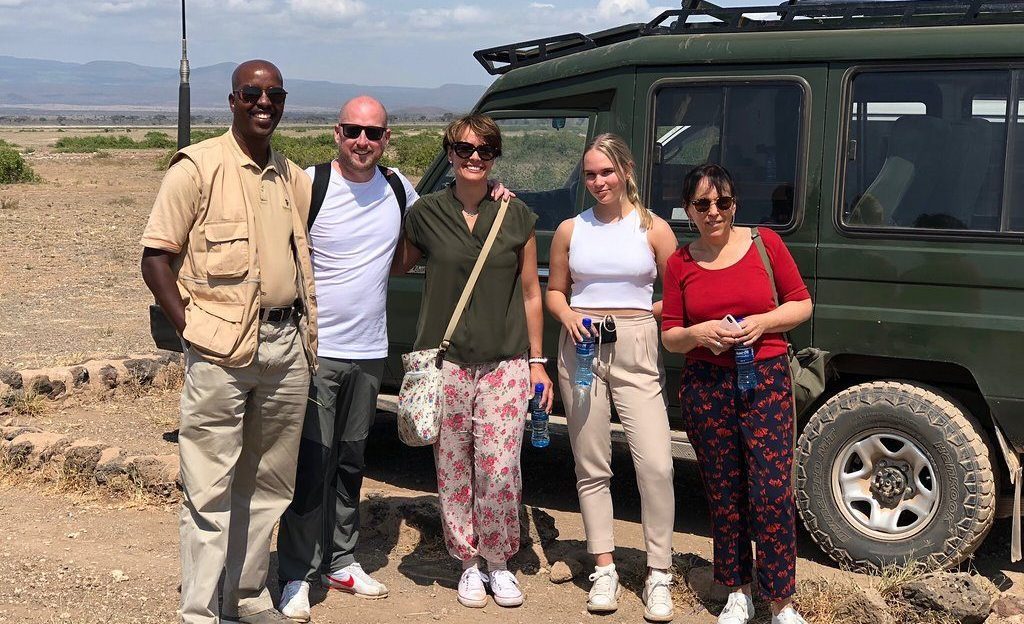 But Joseph’s greatest thrill is the excitement and joy he can bring his guests, especially on their first animal sighting.

“You can see their excitement. Not even with the cats… when they first see a zebra – ‘Oh, that’s a zebra! Zebra, my god!’ And you don’t want to tell them there are 10,000 zebras still ahead.”

Joseph laughs, recalling these wonderful moments. His specialty is a customized experience for his guests – he works to accommodate any unique requests.

“Sometimes you get guests who just want to listen to nature, and they don’t want anything to do with the radios. So, you also have to understand your guests, what they want.”

Joseph will turn his radio off so as not to disturb the natural ambiance of their surroundings.  No longer in touch with the other guides or rangers, it’s just he, his guests and the animals.

“And now that’s where your experience comes in. You have a rough idea of what you are looking for and you’ll go straight to an area where a pride is known to be. So you start searching. I’ll be driving around the bushes just looking… and when you find a pride, there is that sense of satisfaction that you made it. So that means the guests see you actually know what you’re doing!”

Joseph feels a great affection for his safari guests and they always seem to return that feeling.

“The British and the Americans especially, they get really emotional, especially when you are parting. For many, it has been their dream of a lifetime to come and visit the Masai Mara just to be on safari. So you can imagine the satisfaction and you might end up crying.”

Joseph’s career has been filled with many such inspiring and emotional moments serving his valued guests. For him, his life’s work has been soaking up the natural world and sharing it with others – “I love the wild, that’s where I am really happy. It’s just you, the animals, and the birds.”

To take an African safari with Joseph or any of our other excellent guides, please contact us at Natural World Kenya Safaris. We will set up a dream adventure you’ll never forget.