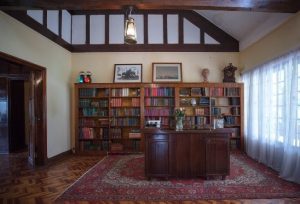 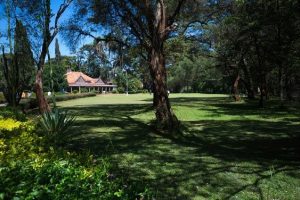 “I Had a Farm in Africa”

No one who has read the book or seen the movie, “Out of Africa” can forget those words of narrator Karen Blixen as she describes her life running a coffee plantation at the foot of Kenya’s Ngong Hills.

The colonial plantation home of Blixen in Nairobi was immortalized in the aforementioned book and movie. Now, you can visit Mbogani (“house in the woods”) as Blixen named the early 20th-century manor as it has been transformed into a museum commemorating her life experiences in an Africa of a certain period and place.

Step back in time to view artifacts of Blixen’s world of colonial elegance and her legendary romance with the English big-game hunter, Denys Finch Hatton. Here you will see personal objects that belonged to Blixen and Finch Hatton, including a lantern that Karen hung on the veranda to let her lover know that she was home… waiting for him.

Guided tours will introduce you to the house, the gardens and the life that Blixen shared with her husband Baron Bror Blixen-Finecke and later, with her lover, Finch Hatton. The home is a perfect example of colonial bungalow architecture with its sweeping verandahs and expansive rooms.

In the museum’s composed ambiance, it’s easy to be transported to another era with its pleasing views of the cultivated grounds, the surrounding forest and the nearby Ngong Hills, so meaningful to Karen.

The house was designed and built in 1912 by Swedish engineer Ake Sjogren, about the same time the Blixens came to Africa with the dream of starting a coffee plantation. They married in Mombasa in 1914 and purchased the estate in 1916. However, Bror had little interest in managing the day to day business of the plantation, a duty which fell to Karen.

The marriage soon foundered due to Bror’s infidelities and the couple divorced in 1920. Karen became the sole owner and manager of the farm. She wrote of her life living alone as a single woman in a male-oriented society and working with the local Kikuyu people.

She also chronicled her time with Finch Hatton, said to be one of literature’s great romances.

In 1931 Finch Hatton was killed in an airplane crash flying to his beloved Tsavo and Blixen sold the farm returning to her native Denmark. There, she wrote of her life and loves in Africa.

The house was eventually purchased by the Danish government in 1964 and given to the newly independent government of Kenya. 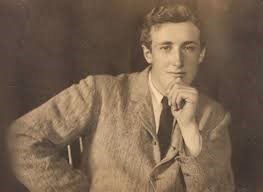 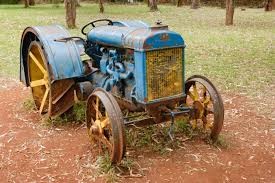 Blixen’s writings first appeared in the 1930s under the pseudonym Isak Dinesen. She was soon recognized for her well-crafted and unique vision.

In 1985 her most famous work, “Out of Africa” was adapted into a film with Meryl Streep and Robert Redford. The movie’s instant success inspired the Kenya government to transform the house into a museum illuminating Blixen’s life. It opened to the public in 1986.

Exploring the finely restored home, you’ll not only see articles that belonged to Karen Blixen and Denys Finch Hatton, but also props and memorabilia from the classic film. It is truly a journey to a distinct time in Kenya’s history.

About the Karen Blixen Museum

Location: The museum is 10km (6mi) from the center of Nairobi in the suburb of Karen.

Climate: Nairobi is warm with a significant amount of rainfall throughout the year. The temperature here averages 20oC/68oF.

Operating Hours: The Karen Blixen Museum is open every day between 09:30hrs. and 18:00 hrs., including weekends and holidays.

Getting there: You can book a tour with Natural World Kenya Safaris in Nairobi.

By air: Jomo Kenyatta International Airport is the main aviation hub serving the capital of Nairobi.

Guided Tours – There are continuous guided tours throughout the day. The house has been beautifully restored, and you’ll discover within its expansive rooms items belonging to Karen as well as furnishings and props from the film, “Out of Africa”.

The Gardens – The lovely gardens are certainly worth a visit. Here you’ll find the old coffee machines from the plantation, unused for many decades.

Gift Shop – On display for sale are Kenya handicrafts, postcards, books and memorabilia from the movie, “Out of Africa”.

Other Nearby Attractions – The Museum is situated near other important Nairobi attractions such as the Giraffe Center and The David Sheldrick Elephant Orphanage.

Travel back in time to colonial British East Africa and experience the gardens, the stately veranda and the luxurious estate of one of the 20th century’s great artists. Within these spacious rooms lies the memories of a legendary love affair and a history not to be forgotten.

Let Natural World Kenya Safaris bring you here to connect with this piece of Africa’s history.

We have safaris departing from the capital to this and other special Kenya Parks and attractions for your Africa holiday.

Please click here to view all our safaris throughout Africa.