Everything about Serengeti National Park is endless. Its vast rolling savannahs appear to stretch out past the horizon. So too, the immense herds of wildebeests, marching by the millions in their great migration – the largest movement of animals on the planet.

This is Africa at its most epic. Lions? Over 3,000. More than any other park on earth. Over two million wildebeest, zebra and gazelle astonish visitors with their vast exodus parading the ancient cycles of nature. The rivers here are filled with crocodiles and hippos while overhead 500 species of birdlife take wing.

Chances are when you picture Africa, images of the great Serengeti are what come to mind – the immense sweep of grasslands, populated by the vast herds of elephant (5,000), hyena (4,000), plus jackal, wolf, wild dog, honey badger and seven species of mongoose.

On these infinite golden plains, you can spot all the “Big Five” including buffalo (53,000) and black rhino. And the Serengeti’s forests are home to several species of baboon and monkey.

The park is so singularly spectacular that it has been named one of the “Seven Natural Wonders of Africa” and one of the “Ten Natural Travel Wonders of the World”. It has also been designated a UNESCO World Heritage Site. But it is perhaps the name “Serengeti”, from the Maasai phrase “siringet” or “endless plains”, that best describes the feeling of awe as one takes in Tanzania’s oldest and most popular park.

The Regions of Serengeti

Though most imagine the plains as the Serengeti, this immense reserve is actually divided into three eco-regions.

The vast Serengeti ecosystem is one of the planet’s oldest, its vegetation and wildlife are little different than they appeared a million years ago.

The area is a prehistoric cradle for mankind as well. Early man inhabited the nearby Olduvai Gorge about 2 million years ago. Signs of early tool making, and other artifacts have been found here.

Location: The park lies in northwest Tanzania, 335 km (208 mi) from Arusha and extends north to Kenya, bordering Lake Victoria to the west.

Best time to visit: There’s lots to see in the park, so it depends on your interests. The best time to see the migration is December through July. To view the predators, visit June through October. You may want to avoid the heavy rainfall in April and May. There’s so much to see and do in the Serengeti we recommend a 3 or 4-day safari here.

Getting there: By road – you can book a tour with Natural World Kenya Safaris from Nairobi. Drive from Arusha, Lake Manyara or Ngorongoro Crater

By air – fly in safaris can land at several regional airstrips. The closest is Seronera. There are also 3 international airports at Mwanza, Arusha and Kilimanjaro.

Accommodations: You’ll find everything here from basic campsites to top end luxury lodges and even mobile camps that follow the migration.

The Great Migration – This is without a doubt the greatest wildlife spectacle on earth. The sight of innumerable wildebeest and zebra marching in columns 40 km (25 mi) long is unforgettable. You can also witness the early life cycle of the wildebeests in February when more than 8,000 wildebeest calves are born every day. 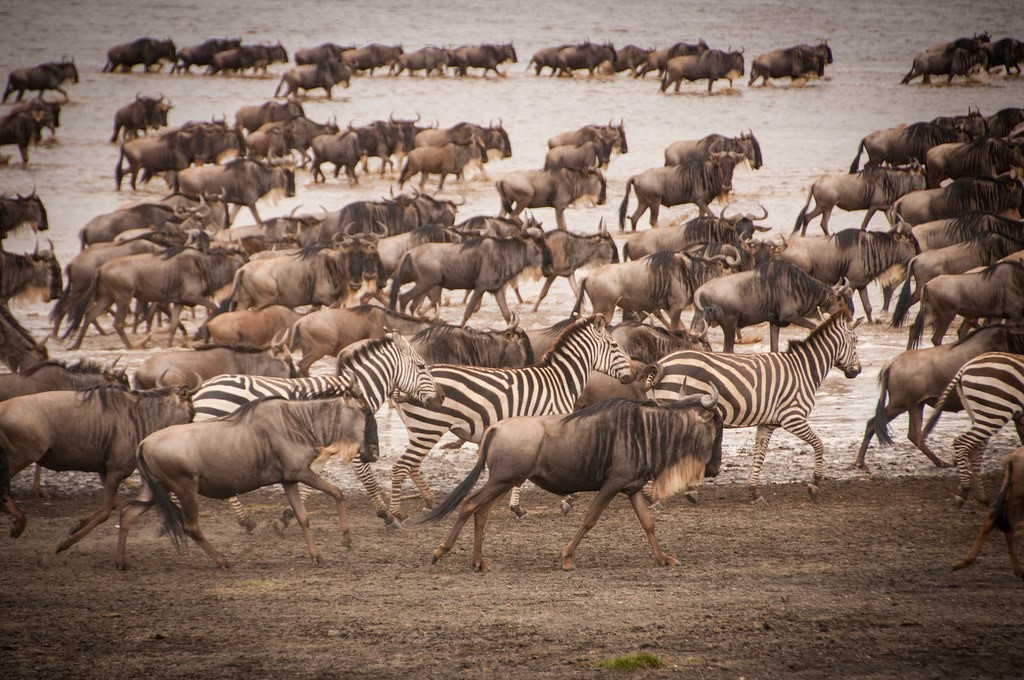 Visit the Kopjes – Kopjes are large rock formations that punctuate the Serengeti plains like so many islands. Vegetation sprouts from them and they offer shade, water and a vantage point for the predators. Some of the kopjes are decorated with African rock paintings created by Maasai cattle herders.

Ballooning Safaris – For an unusual but exciting way to view this marvelous landscape and its millions of wild inhabitants, nothing beats a hot air balloon ride at dawn. You can watch the sunrise light up the savannah and view the animals as they emerge into the new day. 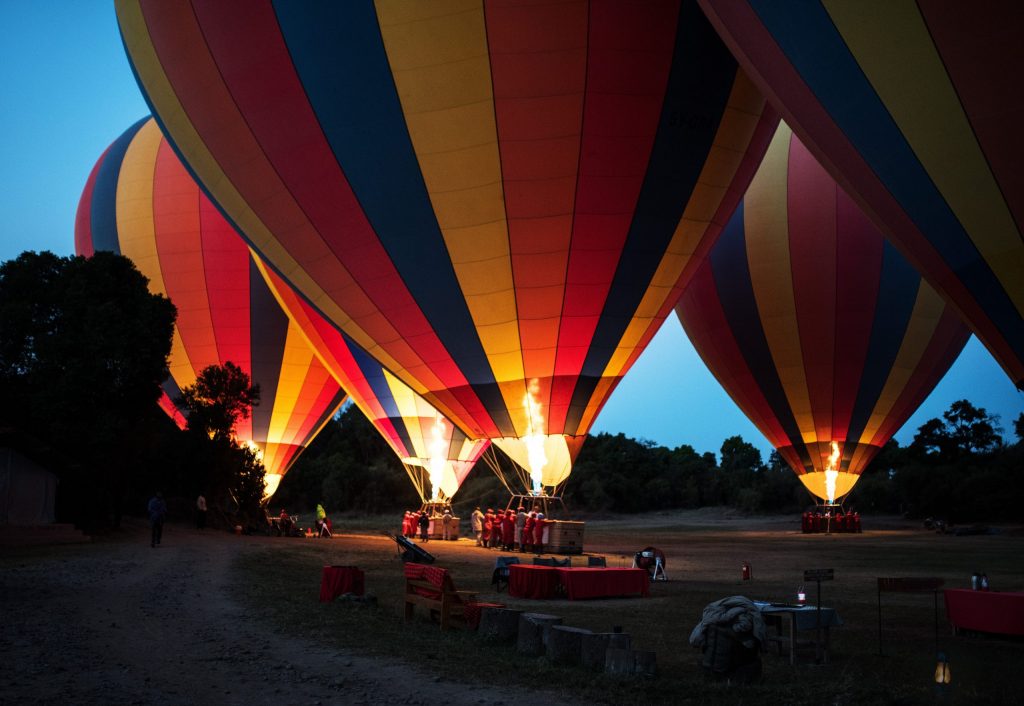 Visit a Masai Village – The Maasai have lived in the Serengeti for hundreds of years. You can visit their villages and learn about their culture and lifestyle, possibly watch a dancing ceremony and visit the village school.

Olduvai Gorge – Near this eternal place lies another site of antiquity in the form Olduvai Gorge – a steep-sided ravine of about 48 km (30 mi). Early man inhabited this spot 2 million years ago, leaving behind an ancient treasure of artifacts and tools. It’s considered to be one of the most significant archeological sites in the world.

The Serengeti is an absolute must-see reserve with its infinite open spaces dotted with acacia trees and occasional kopjes. With its immense population of big cats, wildebeests and zebras you’ll quickly see why this is one of the most popular safari parks in the world.

Join us on safari to this world-class reserve. We have safaris departing from Nairobi and Arusha going to Serengeti and other prime Kenya and Tanzania Parks.

Starting in Nairobi and featuring Amboseli Park, Ngorongoro Crater and Serengeti, our 7-day safari is an in-depth tour of the most exciting national parks.

Even if you are planning a shorter safari stay, our 5-day Nairobi and Tanzania safari still features all the amazing wildlife and landscapes of both countries.

Have more time for your safari adventure? Natural World Kenya Safaris also offers an 8-day safari excursion that will take you to the Masai Mara and the Serengeti. You’ll get to experience the great migration from both parks!

Want to learn more about Tanzania’s amazing parks? Please take a look at our other exciting wildlife holidays in Tanzania!