A New Kind of Safari Tourism 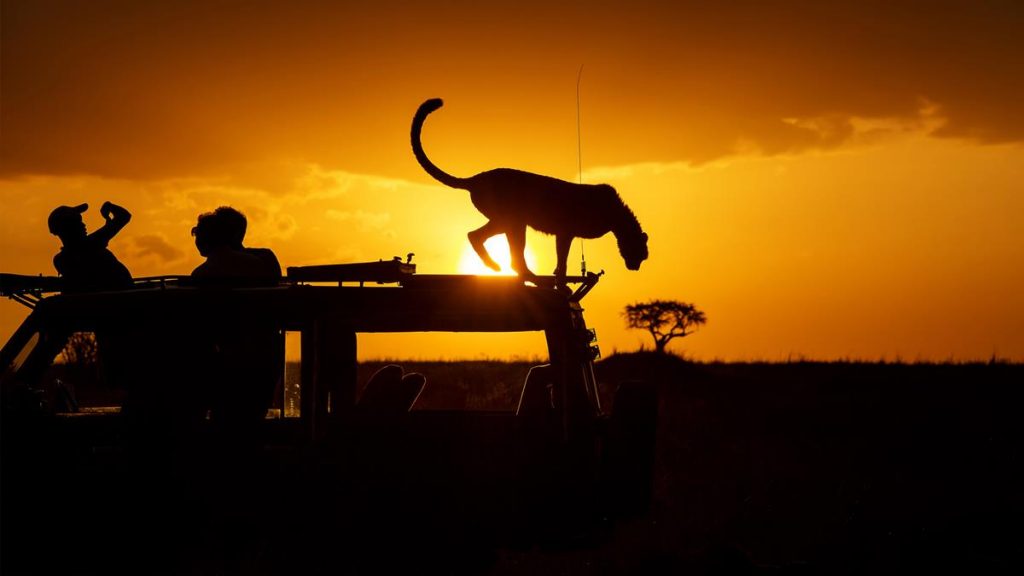 Here in the Mara eco-system, amongst river valleys, acacia forest, and natural gorges you’ll find the most successful of the conservancies – Olare Motorogi. A partnership between the landowning Maasai people and five tourism operators, this rich swath of territory at the border of the Maasai Mara National Reserve offers safari-goers one of the densest populations of lions in East Africa.

Here you’ll also find plenty of elephants, many other grazers and endangered species like rhino and the African wild dog. Over 50 species of raptors have been spotted. The only thing you won’t find here in Olare Motorogi is the herds of visitors found in many other parks.

That is one big attraction of the conservancy movement – the number of tourists in these protected lands is severely limited. Another benefit is the many conservation measures implemented so the wildlife populations continue to grow. The diversity of animals has increased as well. All this combines to create a safari of the highest quality for discerning travelers who seek out this special experience.

The area of the Olare Motorogi is unique as it comprises a strategic buffer zone between the Maasai Mara Reserve and the wildlife migration routes that explode with animals during the months of the annual Great Migration. Visitors will also love the natural drama of the Ntiakitiak Gorge within the conservancy and its 12km long (7.5mi) escarpment, bordering a rich acacia woodland.

The 33,000-acre Olare Motorogi lies to the north of the Maasai Mara and its success has become a model for other conservancies in the area.

This was the date when the conservancy was formed between 277 Maasai landowners and their tourism partners. This was also a watershed moment for the Mara eco-system. Prior to the formation, the land was heavily used by small homesteads and over-grazed by herds of cattle, sheep, and goats. The area was rapidly degrading for the land, the wildlife, and its people.

After many talks with their future partners, the local Maasai agreed to enter into a new concept of community conservation. One that would address sustainability for the land and create a new source of income for the native Maasai. It would employ wildlife tourism, and a change to the Maasai’s older methods of cattle raising – they would begin a system of rotational grazing that would rejuvenate the badly depleted land.

The result would be a new kind of safari tourism that would mutually benefit the landowners and their tour operator partners. The land would be leased from the Maasai giving them a guaranteed income, but they would retain ownership. The plan would also create local work opportunities as the landowners and their families would be employed as safari camp staff, guides, and rangers. It would be a win-win for all parties.

As part of the new conservancy pact, the Maasai would vacate their lands, remove homesteads and allow the vegetation to recover. In turn, the tour operators would benefit from exclusive access to this land with its abundance of wildlife, especially the big cats and the great wildebeest migration.

Of course, the third group to enjoy the benefits of this new model of conservancy would be the safari-goers. As a result of the many conservation measures put in place, the lands here have again begun to thrive for the wildlife – a richly populated refuge for lions, leopards, and cheetahs.

And who better to serve as guides but the Maasai people themselves – their expertise, a reflection of generations working and living on this land. This can only result in the most authentic African safari adventure.

As a result of all these measures, wildlife populations have increased, and the conservancy now boasts spectacular year-round viewing of large and small species, predators and grazers in ever greater numbers.

To further safeguard this pristine environment and any future overdevelopment, the entire Olare Motorogi Conservancy is limited to only 52 rooms – that’s just one room per 650 acres. Vehicles are contained to just one per 2,100 acres, for a truly uncrowded safari experience.

Your visit here will not only support continuing restoration of the land and wildlife through its ongoing operations but will improve the lives of Maasai landowners, their families, and the local community. Conservancies like Olare Motorogi and some of its sister organizations are thought to be the future and best hope to protect the fragile Maasai Mara ecosystem.

These are the tourist partners who have helped make the conservancy a successful model of conservation and sustainability for its land and people:

We at Natural World Kenya Safaris, are proud supporters of Olare Motorogi Conservancy, its outstanding conservation efforts and the great enhancements to local and community life. If you would like to experience one of the finest African safaris at this beautiful conservancy, please contact us and we’ll make your wishes an exciting reality.