The Prize of Many Nations 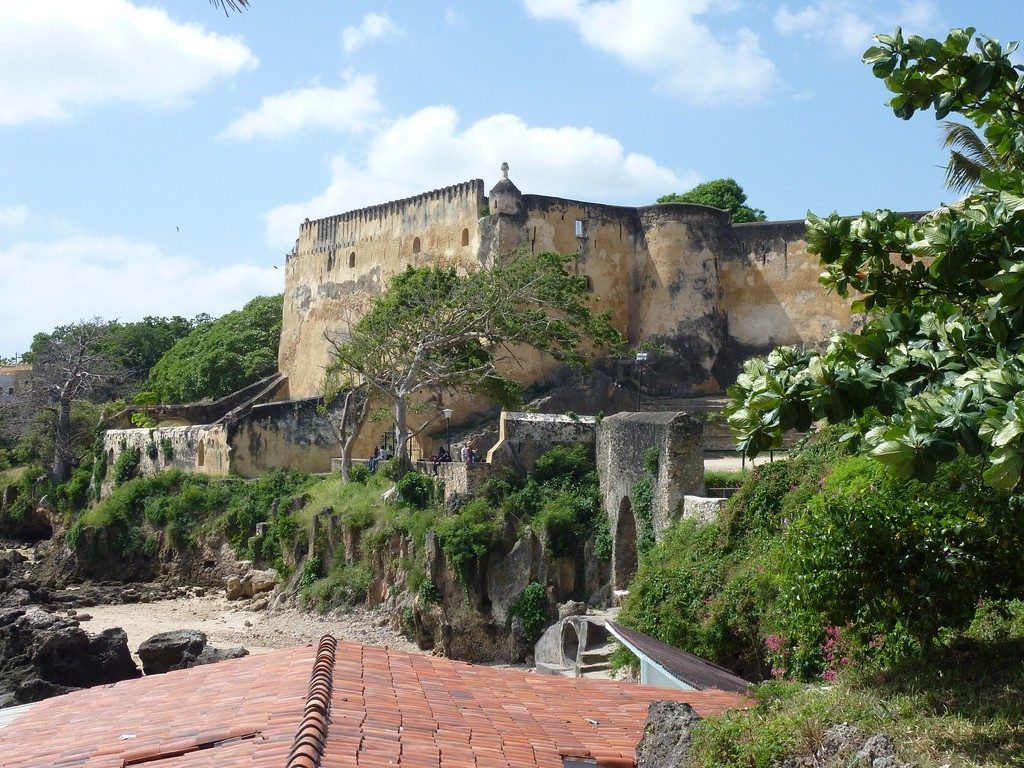 No fort in Africa has witnessed as much turmoil as Fort Jesus. Over much of its chaotic history, the commanding fort has repeatedly changed hands as nations fought for control over this gateway to India. From 1631 to 1875 Fort Jesus changed hands nine times, being captured, vanquished and recaptured by the Portuguese, Muslim soldiers, Swahili warriors, and British colonialists.

A visit to the fort and its massive interior and 18m (60 ft) high walls is like unfolding a dramatic display of Mombasa’s history. For whoever controlled the fort, was master of the city and the wealth of the Indian Ocean trade routes.

Because the fort served so many masters over the centuries, its architecture is a mix of European, Middle Eastern and African influences. The results are an impressive structure with commanding views of the Port of Mombasa. And what other fort boasts the employment of European cannon batteries mixed with Koranic inscriptions throughout its structure?

The fort was ordered constructed in 1593 by royal order of King Philip I to protect the Portuguese living along the East Coast of Africa and as a projection of that nation’s power to control trade routes to the east. Milanese architect Giovanni Battista Cairati built the redoubt in the Renaissance style with five bastions, however, the coral stone material and labor were all supplied by the local Swahili people.

Completed in 1596, the sloping stone walls were designed to repel cannonballs. An unusual aspect to the fort is that when viewed from above, its layout is in the shape of a man, lying on his back, his head facing the ocean as if observing all who approach.

So vital was the fort’s strategic position that it wasn’t long before the Portuguese’s supremacy was challenged by the Sultan of Mombasa, who defeated them in 1631, taking control of the fortress. Thus, began a 300-year struggle between waring powers for dominance over Mombasa. Finally, in the 1870s the British prevailed, turning the fort into a prison. For the first time in centuries, its great walls were employed to keep people from leaving rather than entering.

In 1958 the great fort became a Kenya National Park and in 2011, it was designated a UNESCO World Heritage Site. Today, the fort is considered a masterpiece of Renaissance military construction and is Mombasa’s most popular attraction. 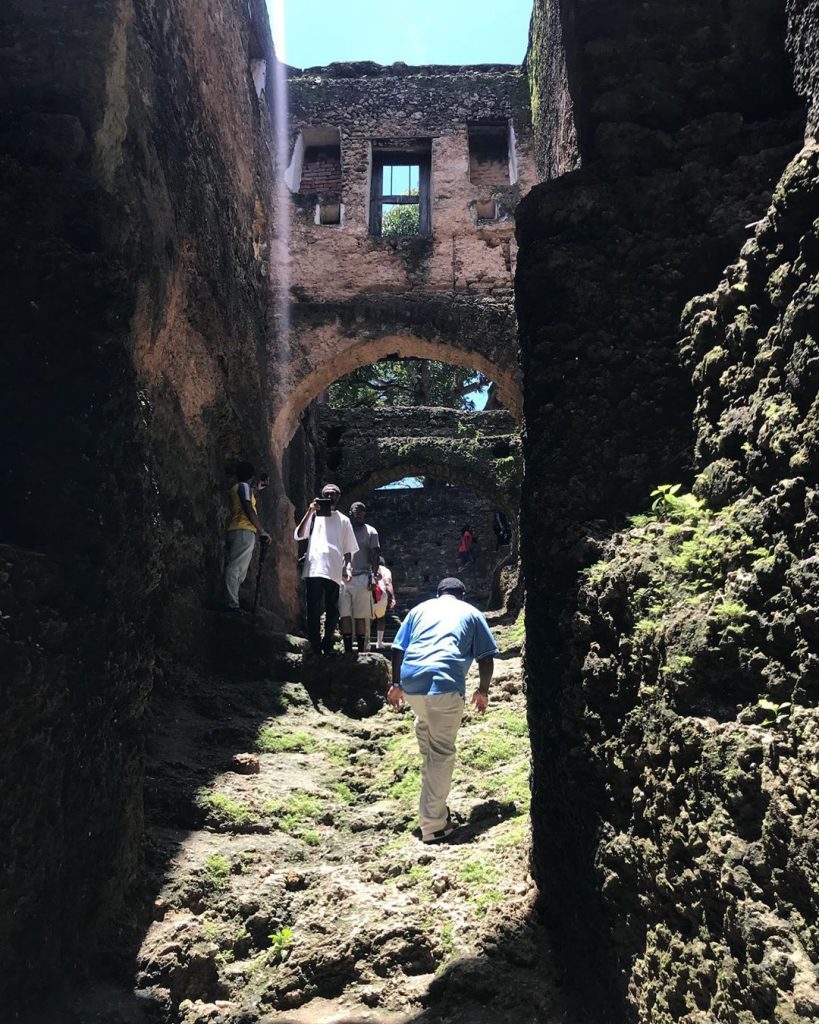 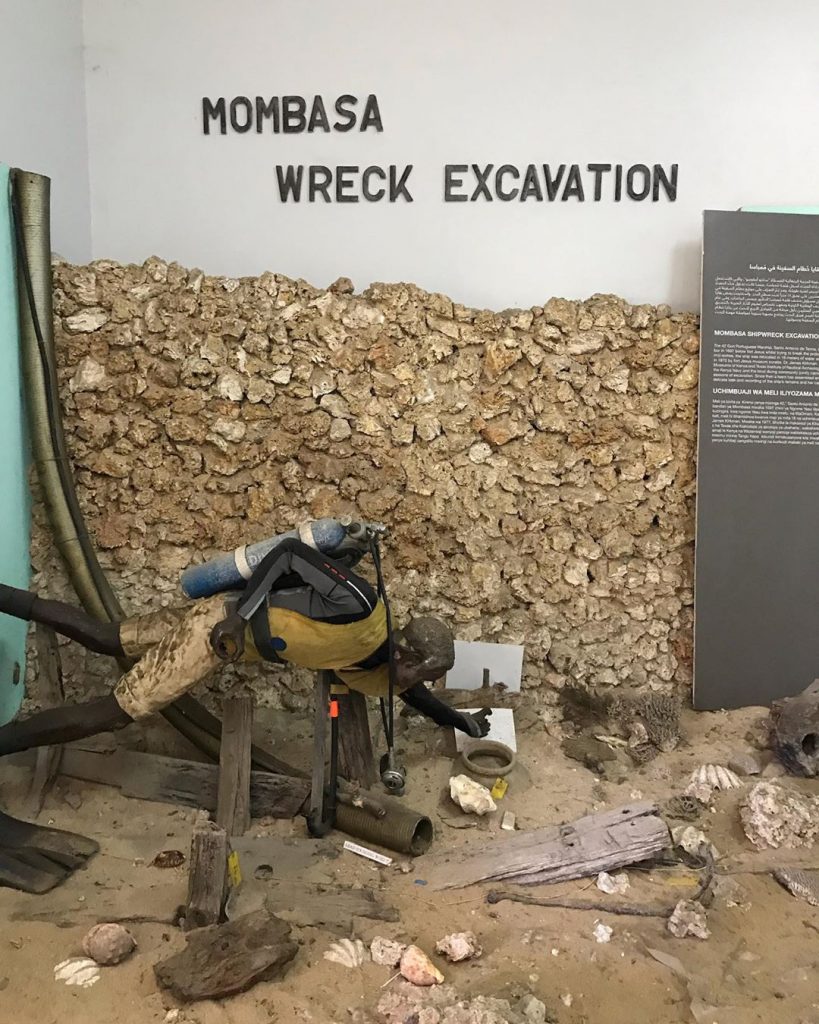 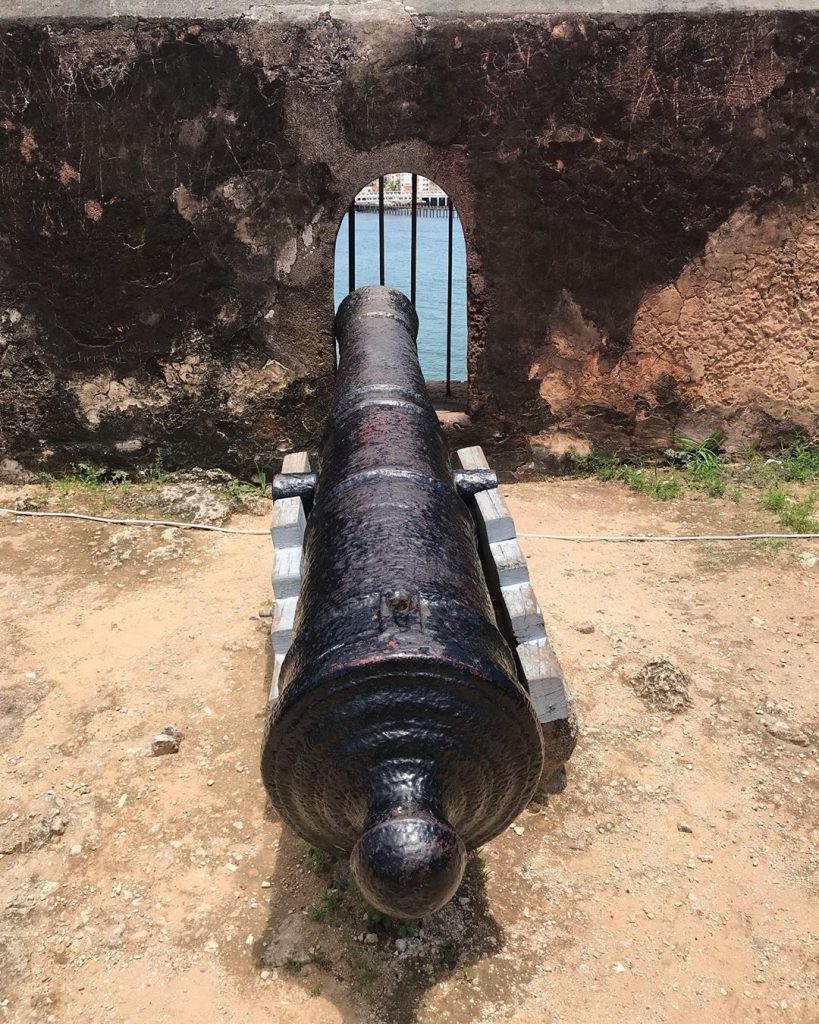 The great fort itself and the various displays throughout its grounds and structure comprise a living museum of history, cultures, and wonderful artifacts. View the remains of Portuguese warships, Omani weaponry, and jewelry. There are pottery and other remnants from the era when Mombasa was part of the slave trade route. Chinese porcelain and Persian amulets are reminders of the myriad nationalities that have passed through these storied walls.

Climate: Mombasa has a tropical climate with more rainfall in the winter months. March is usually the warmest month with an average temperature of 29oC/82oF.

Location: On the coastline in Old Town Mombasa

By air: Moi International Airport is the main aviation hub serving the coastal city of Mombasa. 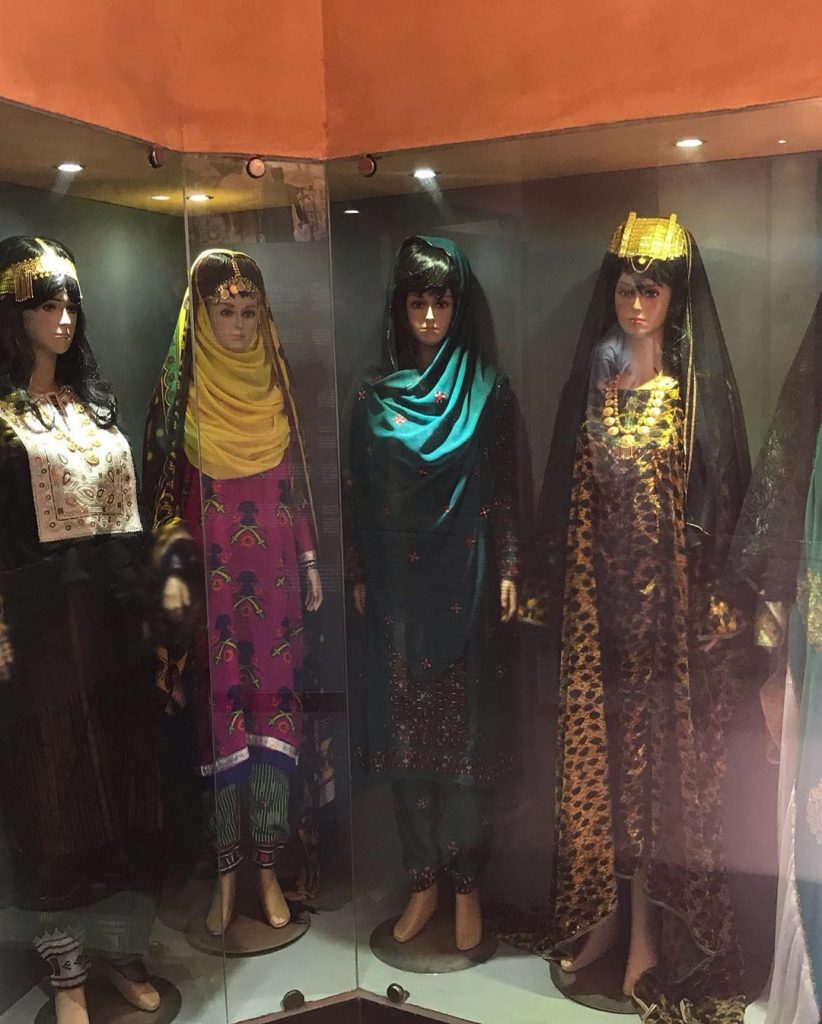 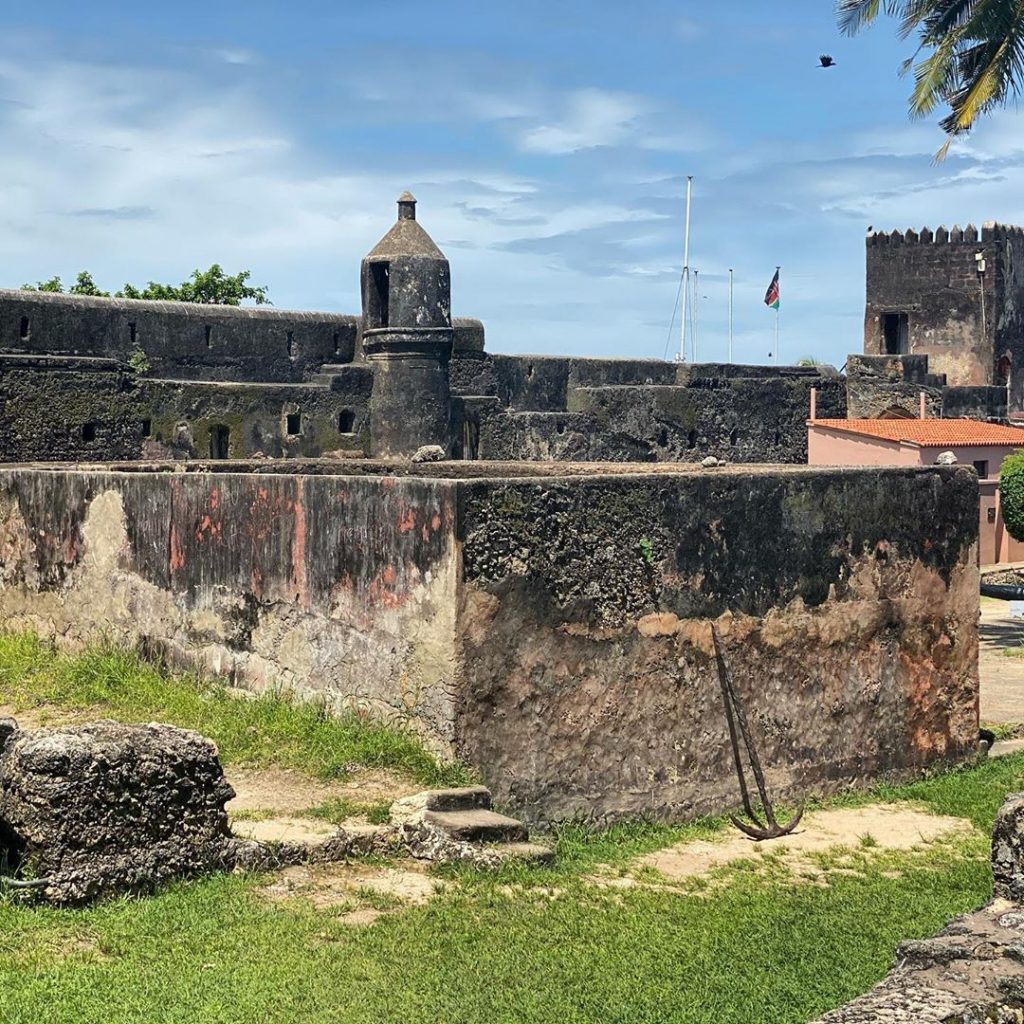 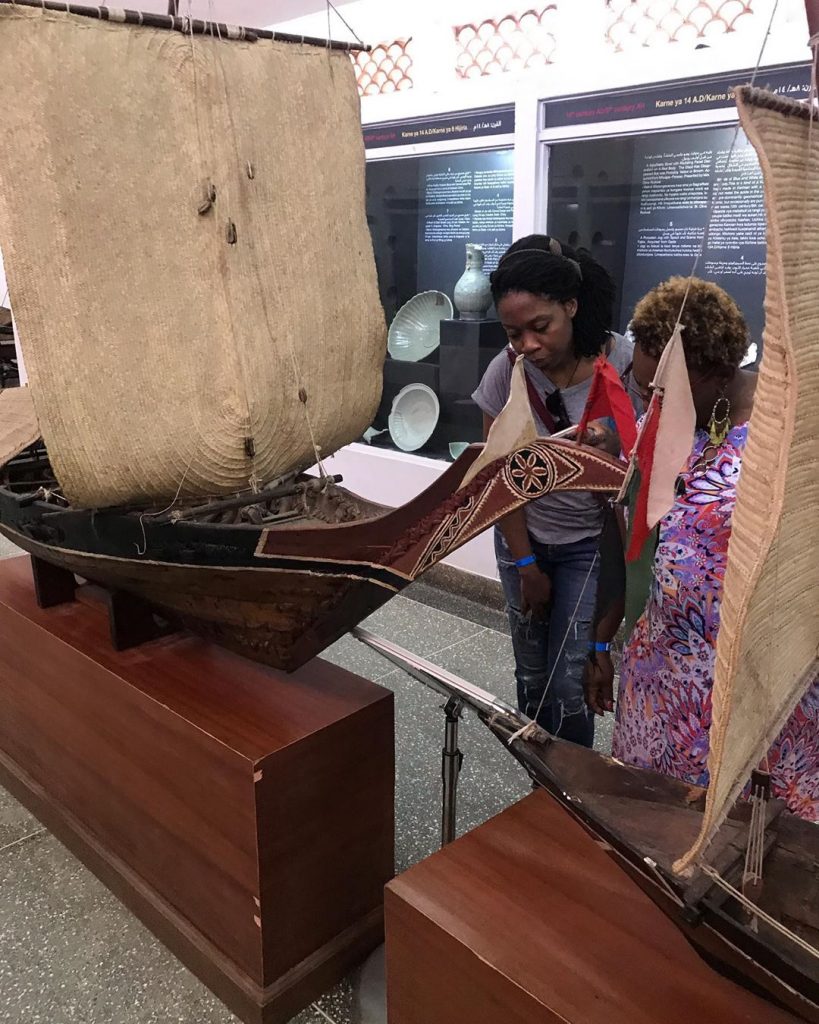 Museum – Located in the center of the fort, it features displays from 42 Portuguese warships that sunk during the Omani Siege in 1697.

Mazrui Hall – Here you’ll find decorations and artifacts left by the different nationalities of inhabitants through the centuries – graffiti and sketches from Portuguese sailors, drawings of Arab dhows, and pictures of the traditional Swahili sailing ship, the mtepe.

Omani House – Located in the San Felipe bastion, it was built in the 18th century for the Sultan who ruled over East Africa. Inside, you’ll find jewelry, weapons, a nearby audience hall and the painted Passage of the Arches. 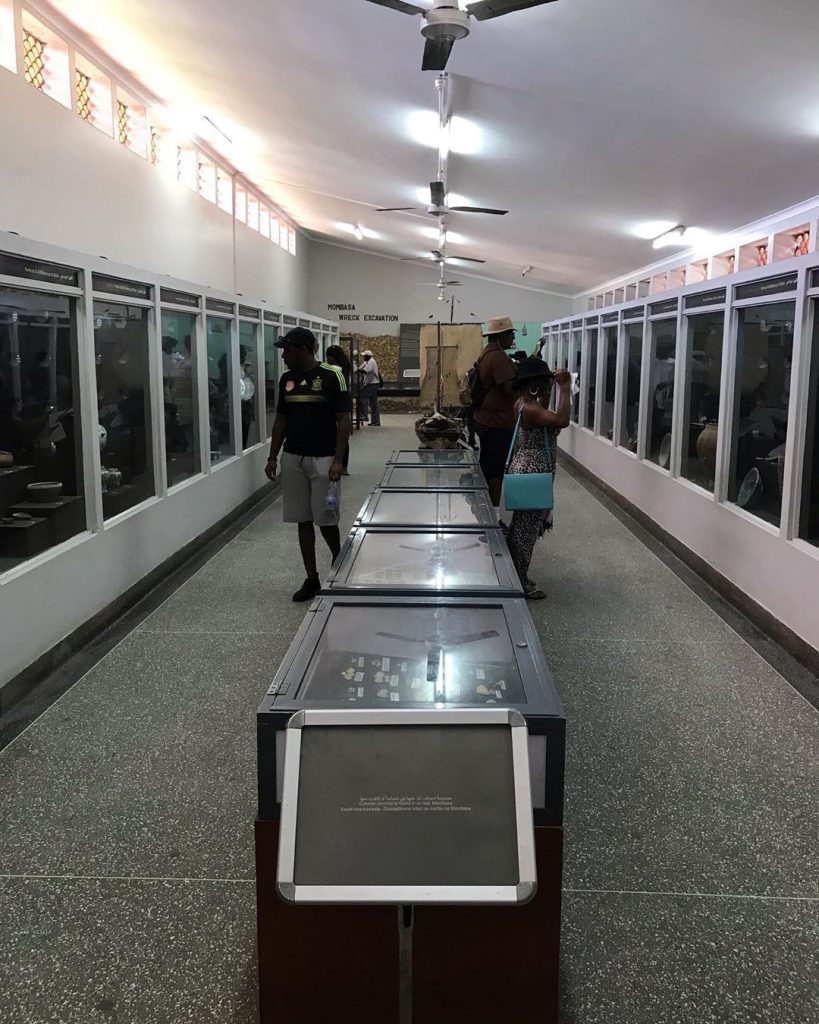 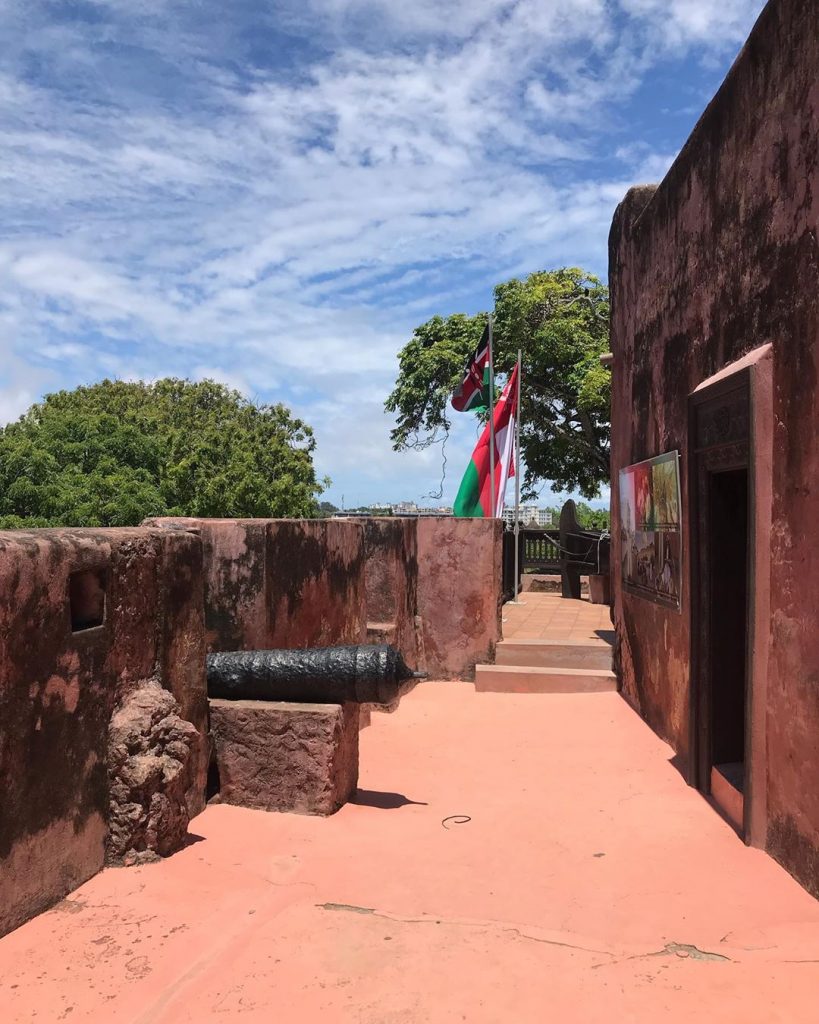 Come explore Mombasa’s dramatic history within the mighty walls of Africa’s most storied fortress. Here, you’ll see, learn, and feel the struggles of the great powers throughout the centuries. A visit to Fort Jesus is a lesson in the ebb and flow of mankind’s ambitions and fate.

We also invite you to safari with us to Kenya’s National Parks for an unforgettable Africa holiday.