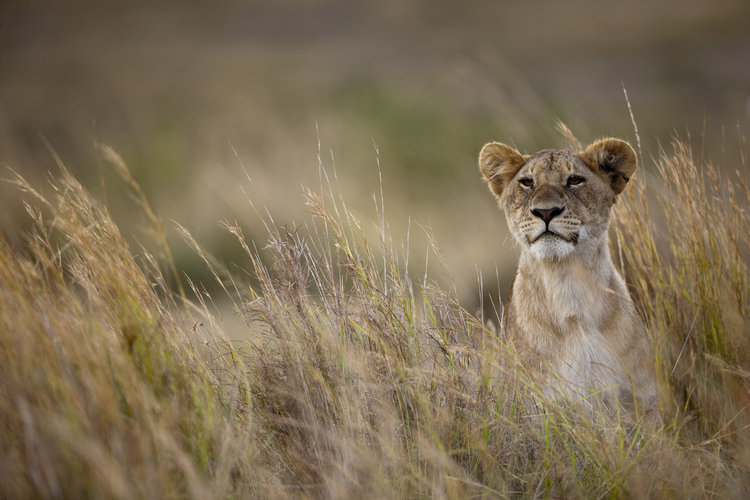 Here’s the perfect formula for an incredible safari adventure – take an area with one of the highest densities of wildlife in the world… then limit the number of visitors so you’ll feel you have the place to yourself. Escaping the crowds is just one of the many wonderful attributes of the Mara Triangle Conservancy. Bordering the Masai Mara National Reserve and bounded by the Mara River and the Oloololo Escarpment, the conservancy offers all the wildlife found in the national park and a front-row seat to the world-famous Great Migration.

Governing the Mara Triangle, the conservancy was one of the first in the region created to benefit the local Maasai community and to protect an area that was being decimated by poachers. Experiencing the wealth of wildlife now roaming this spectacular landscape, visitors will gladly confirm the success of this great conservation project.

The Mara Triangle is immense, about one third the total area of the Masai Mara Reserve and is blessed with an abundance of game. It is possible, in just one day, to view all the Big Five – lion, leopard, elephant, buffalo, and rhino in an area of just 2 km (1.2 mi). Visitors will also find plenty of wildebeest, zebra, giraffe, cheetah, and many others.

The conservancy is perfectly situated to view the explosive drama of the Great Migration – the yearly movement of wildlife from the Serengeti into the Mara lands. The Mara Triangle looks upon the countless herds entering from the Serengeti and then later in the season, leaving the Masai Mara. As the migrating animals cross the Mara River, they create a scene of sometimes overpowering intensity to which the conservancy’s visitors will enjoy closeup views.

The stunning migration of over a million wildebeests, hundreds of thousands of zebras, Thomson’s gazelles, and elands continue on their path, overwhelming the landscape, forming heaving lines that push off to the horizon. Their great columns fill the surrounding hills and valleys in a spectacular show that is unmatched anywhere on the planet.

The land here rivals the wildlife for pure drama – the 126,000 acres offer the most striking landscapes of the Masai Mara. Visitors will traverse riverine forest, great plains, swamps, and volcanic formations. Perhaps most awe-inspiring of all is the towering 400 m (1,312 ft) Oloololo Escarpment on the reserve’s western side.

Here, one can take in great vistas of the land and wildlife. Another way to gain a different perspective of the conservancy and the Mara – an early morning hot air balloon safari above the Mara Triangle. You’ll witness the land come alive with light and life as the day below dawns – an extraordinary experience.

Perhaps the most significant advantage of the Mara Conservancy is its relative seclusion… from other tourists, that is. The conservancy is a bit more challenging to reach by road than the more popular sections of the Masai Mara. However, access by plane is straightforward, flying into two nearby airstrips – the Serena and Kichwa Tembo.

Arriving in the triangle area, you’ll find only two accommodations in the conservancy itself, Mara Serena Lodge and Little Governors’ Camp. Adding to the sense of seclusion are the strong conservation rules enforced to maintain land and wildlife protection, including stringent game-viewing measures – off-road driving is restricted, no more than 5 vehicles are allowed at a sighting, and then they must maintain a distance of 25 meters (82 ft).

As suits a reserve with such a low density of visitors, many activities here are not offered in the national reserve such as camping in the wilds. You supply your own food and firewood but the land, the bush, and possibly the nearby wildlife will supply the magic.

For those not quite as adventurous but still wanting to be close to the environment, there are a number of campsites where you can pitch your tent.

When the conservancy became truly operational in 2001, it was the first public/private partnership in the region charged with protecting the land and the wildlife. Both were suffering from unprecedented levels of animal poaching. Through dedicated management and anti-poaching patrols, the conservancy has achieved unprecedented success:

Since its inception, the Mara Triangle Conservancy has immeasurably helped the lives of the Maasai people in the area, as well as conservation of the land and wildlife. Your visit to this special area of the Mara will continue to support these efforts and immerse you in a wondrous landscape, flowing with a bounty of nature’s greatest wildlife. All this, in an uncrowded, unhurried setting.

We at Natural World Kenya Safaris, look forward to introducing you to this very special conservancy and arranging an exciting and personalized African safari designed just for you.