A Refuge for Chimpanzees, Rhinos & More

In an ironic twist of fate, Ol Pejeta, at one time a cattle ranch, is now a private reserve devoted to saving and protecting animals.

Those animals include the largest population of black rhinos (111) in East Africa. And, the only two surviving northern white rhinos… the last on the planet, live here.

Here too, is the Sweetwaters Chimpanzee Sanctuary – the only place in Kenya where you can enjoy the antics of these lively and intelligent creatures. Created as a partnership between the conservancy, the Kenya Wildlife Service and the Jane Goodall Institute, this sanctuary rescues orphaned and abandoned chimpanzees from across Africa.

Just a 3-hour drive from Nairobi, Ol Pejeta is home to all of the “Big Five” wildlife and has one of the highest predator densities of big cats in Kenya. There’s a good chance you’ll see lions on your game drives as the six prides here offer a population of 72 of the great felines.

The conservancy also is home to around 30 cheetah and 20 of the phantom-like leopards. This is also one of the few parks where you may spot packs of African wild dogs. There was even a litter here a few years back, so the population continues to grow.

Being a conservancy, Ol Pejeta shelters other endangered species such as oryx, hartebeest, Grevy’s zebra and the bat-eared fox.

Like most Kenya parks you’re likely to come across various displays of giraffe, monkey, baboon, hippo, impala, gazelle, zebra, jackal and hyena. And the birdlife here is robust as well. 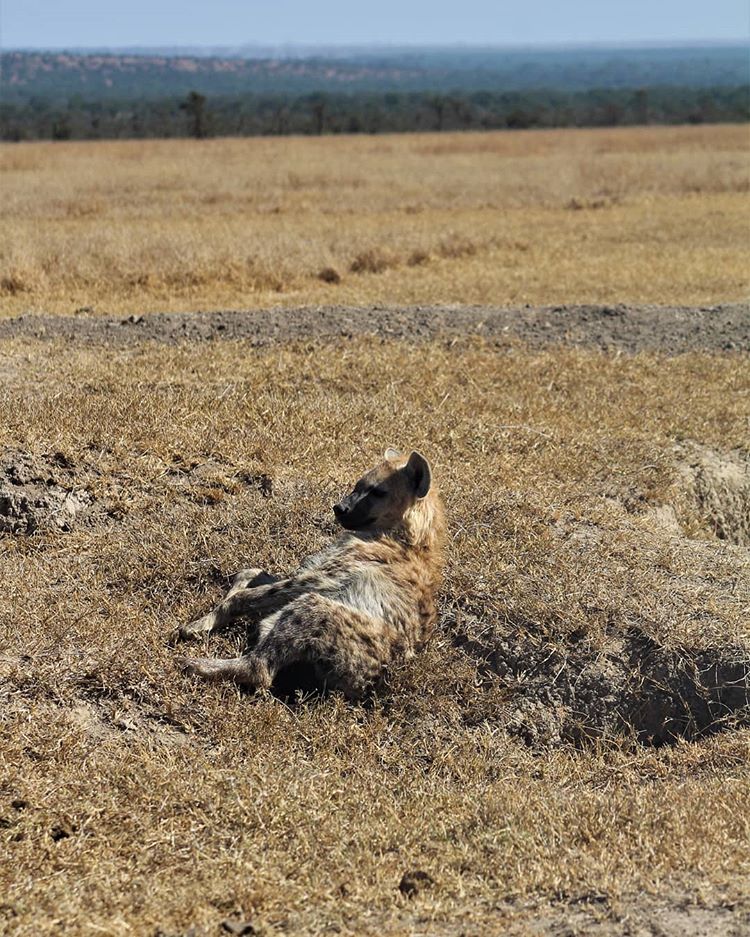 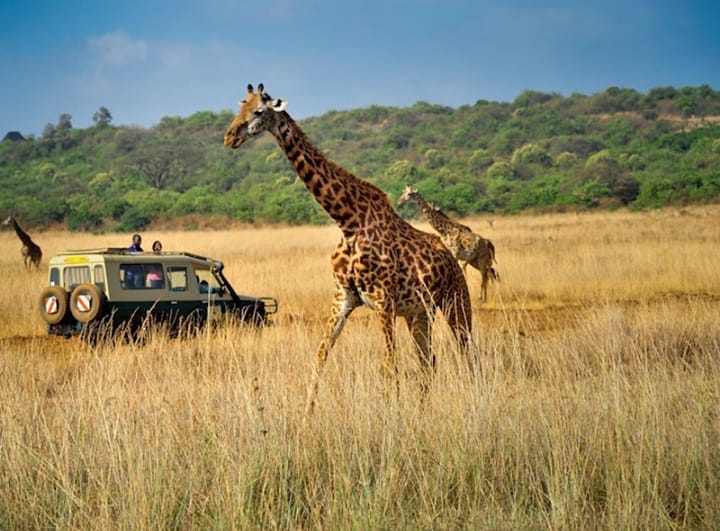 Ol Pejeta employs a clever innovation to allow the animals free range of movement yet also protects the vulnerable rhinos. Special corridors allow the park’s wildlife to move in and out of the conservancy stepping over knee-high posts. This presents no obstacle to any of the animals except for the rhinos who are stopped from wandering into areas where they might be killed for their horns.

The park’s 5 habitats provide a diversity of land and flora which help the variety of wildlife here to flourish. On your game drives you’ll be looking for the animals that make their home in these areas:

The conservancy offers 9 accommodations from river camping to the most luxurious lodges. Some of the tented camps are adjacent to watering holes to ensure plenty of day and nighttime game viewing. 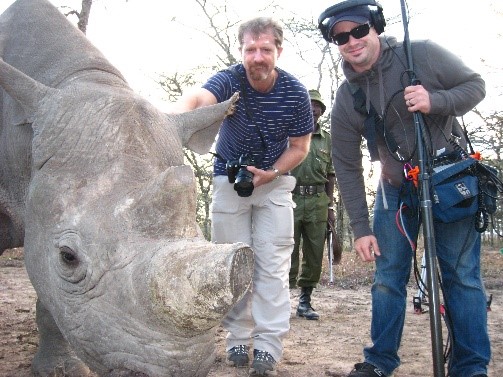 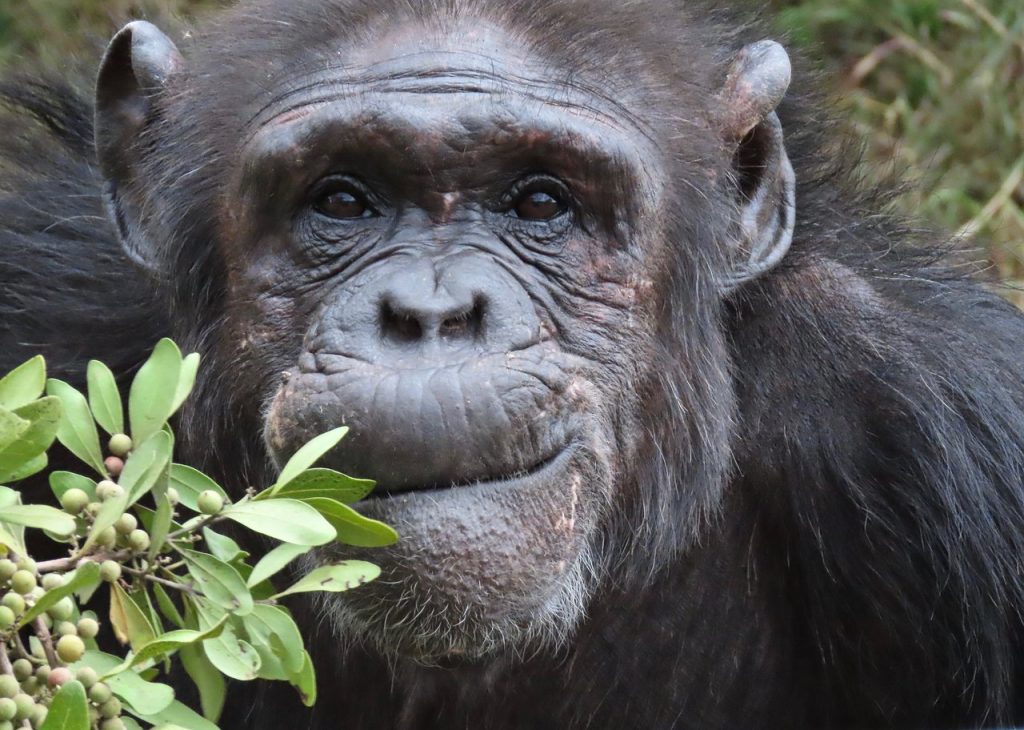 Location: Between the foothills of the Aberdares and snow-capped Mt. Kenya in central Kenya.

Climate: Because it is near the equator temperatures don’t fluctuate too much. Expect daytime temperatures to be around 24oC (75oF).

Best time to visit: Wildlife is easier to track during the dry months of June through September and December through February. However, the park is distinctly more lush during the wet season of October through May.

Getting there: By road – you can book a tour with Natural World Kenya Safaris from Nairobi.

By air – fly in safaris can land at the Nanyuki. Airstrip.

Sweetwaters Chimpanzee Sanctuary – Home to about 40 rescued chimps, the sanctuary has 24-hour veterinary care to support and nurse the chimps back to good health. When they are ready, the chimps are brought into one of two large groups, living in large, natural enclosures. From an elevated observation post, keepers are happy to share with you each chimp’s story.

Morani Information Center – named for Morani, a favorite black rhino who lived here for years, this center is a hands-on museum for visitors to touch such artifacts as a leopard skin and antelope horns to get a closer understanding of the park’s wildlife.

Night safari – This is a special opportunity to experience the park and the biosphere when the sun goes down. You may spot some unique wildlife that only appear after dark like aardvark, fox and leopard.

Cycling Safari – for a different way to view the park, try a full day bike safari. The route is 42 km (26 mi) and offers a closer view of the animals. A lunch stopover at Big Rock is included along with some light rock climbing.

Horseback riding – You can’t get closer to nature or the animals than a horse-riding safari. This brings a whole new perspective to your relationship with the wildlife. Offered to experienced riders only. 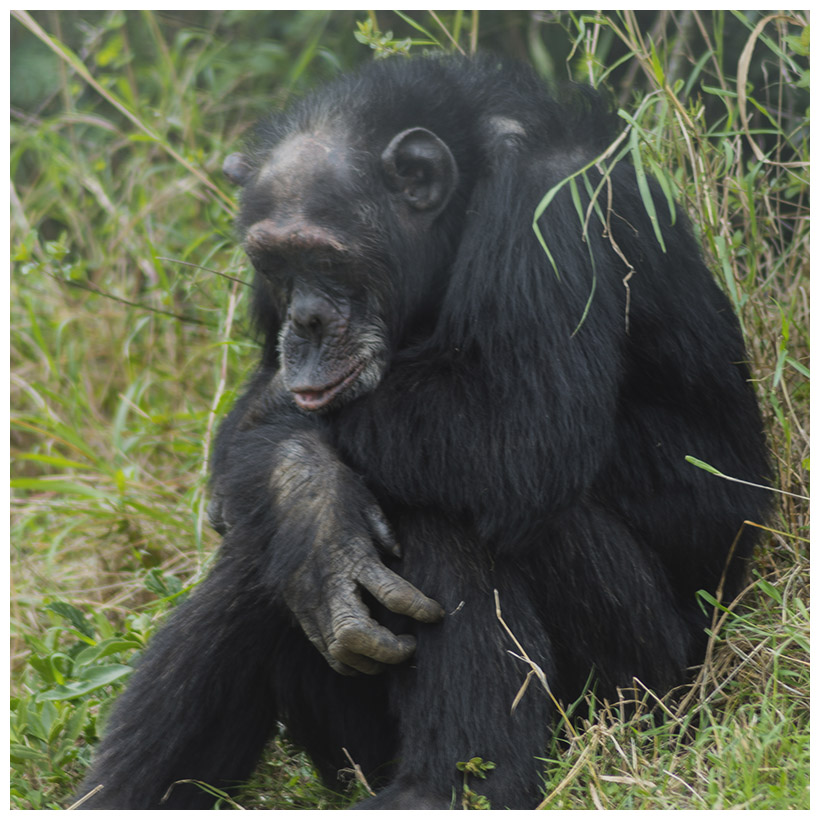 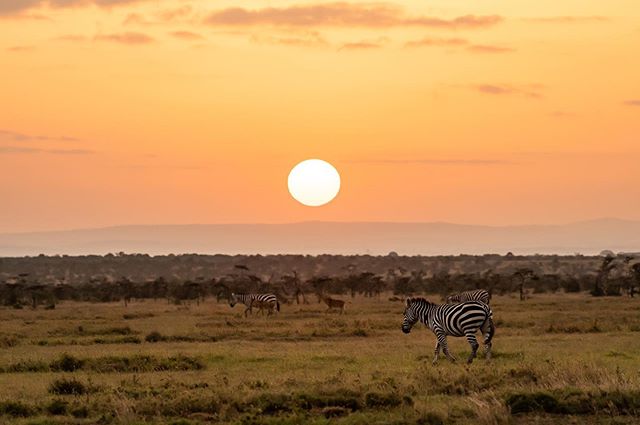 Ol Pejeta is one of the few conservancies that accommodates day visitors and provides so many special activities. Cycle, ride or go for a night safari. You’ll have the rare opportunity to view some of the last species left on earth, and others that are being nurtured back from extinction.

Join us on safari to this unique conservancy. We have safaris departing from Nairobi going to Ol Pejeta and other great Kenya Parks.